The community of Mechelen, which is connected with the Scheppers Institute, counts two Brothers. One of them comes from a community in Burundi and learns Dutch.

The present community still remains at the place where the Brothers started in 1844, but now in other buildings. The acquired manor- houses where the Brothers live in nowadays, were partly rebuild, but the inside of those 19th century houses was preserved for the greater part.

In 1844 the Brothers moved from their first convent in the “Begijnenstreet” to the buildings at the Taborstreet and the Melaan. This became the Mother Institution of the young congregation.

The 24th July the bell of the chapel was consecrated and on the 1st August 1844 the constructions were already so far advanced that the papal nuncio Pecci, the later Leo XIII, and the bishops of Gent and Namen could take a look at it. In September the vs put up at the location.

In the beginning of the 20th century a community of 60 Brothers lived at the Melaan.

The convent also lodged a few sick and older Brothers, also those who worked in the parish schools in town, those who took care of maintenance and the domestic tasks and naturally also the Brothers who were involved in teaching and in education in the boarding school.

A few among them had a training in teaching, so that it gave them the opportunity to function in the municipal school teaching. The most remarkable teachers although were autodidacts, teachers who lived for the education of the youth.

The novitiate was set in the Scheppers Institute in Mechelen until they moved to the Saint-Nicolas Institute in Anderlecht. After a few years it came back to Mechelen. From 1932 onwards the Brothers followed that course in the General Home in Kapellen.

In 1952  - 75 years after Victor Scheppers death -  his mortal remains were transferred to Walem to the Scheppers Instiutute. 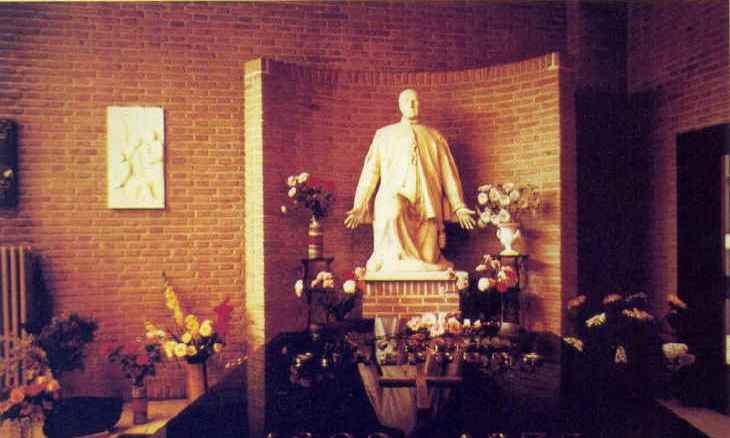