In 1908 Brother Florentinus laid the foundation-stone of the orphanage “the Holy Family” that would become the Scheppers Institute nowadays.

The owner of the ground was Mister van Opstal, the priest of the Guesthouse. Benefactors supported the new foundation with generous gifts.

During the Construction of the orphanage, the Brothers could stay in The Begijnhof. In the first half of September the accepted Boys school opened her first two class rooms in the halls of the city Academy.

The move to The Saint-Johns’ street

Around Eastern 1909, the school was transferred to the new building in the Saint-Johns’ street. The first two orphans, protégés of a noble family from Antwerp, had arrived. Soon, they were followed by lots of orphans so that in 1911, expansion became a necessity and this with a new building along the street side.

During the First World War German forces were occupying the building constantly. This occupation, the extortions as well as the constant battle for food supply were a real black period and this only ended at armistice that was celebrated with a lot of splendour.

In 1923 a new building was occupied. In 1925 a heavy fire put the farm into ashes. Under the pressure of  some of the children, a new school with 12 class rooms was built, also a chapel, a festivity hall, bedrooms, dining rooms and a kitchen. The new playground also got its form. Besides that, kitchen gardens and orchards with greenhouses were laid out, as well as a supermarket and hothouses. The complex with gardens and football field was even larger as 4 hectares.

Actions in the Scheppers schools and a big Flemish fair in the new buildings of the Holy Family Institute, fed the building society. The population of Herentals supported the building project harmoniously in favour of the orphans by cooperating all together at the Flemish fair on August the 15h, 1929.

In 1937 there were 190 orphans, divided over the primary school and the professional school according to their age. The primary school with complete course of lectures and a fourth degree counted 429 pupils divided over 11 classes. The secondary horticultural school, that had started in 1927, had 60 pupils. The Sunday horticultural school and the Sunday Perfection Course for horticulturists counted 150 pupils coming from 34 municipalities. And then there was also the National Work from the Field that counted 74 inscriptions. 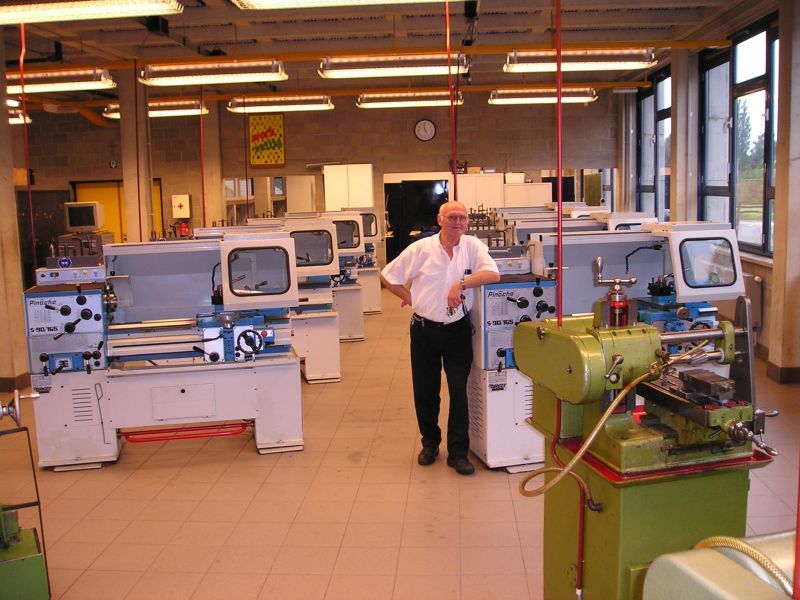 Machinery for the technical divisions